AKWA IBOM @26 AND THE GREATEST ACHIEVEMENTS 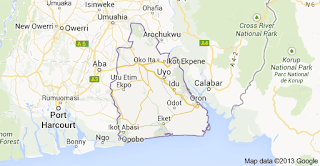 As a caring, humble and a loving son/daughter of Akwa Ibom, you will
agree with me that Akwa Ibom state is no longer the Akwa Ibom we knew
8yrs back. We have achieved more than what a 26yr old man can achieve.
Some years back, our state was known as a place where slaves were
always picked from. Even in Nollywood,we saw as actors and actresses
always making caricature of us by addressing Okon, Etim, Akpan and co
as gate-men while Ekaette, Iquo, Atim, Nkoyo and co were being
addressed as maids.. But thanks to God today that we have Ekaette as a
first lady in a state where the women of the country cannot do
anything without her. Today, Akwa Ibom state is no more a centre for
slaves export, but a centre for active education, tourism and other
international developments. Its a place where international investors
fly in to invest their money.

@ just 26, I am bold enough to tell all of you that we have what
others will never have in the next 100yrs. So many positive things
are happening in the state. The Use Ikot Amama road which was
forgotten and abandoned for centuries is now a road where every
person(s) visiting Akwa Ibom for the first time will always love to
take a picture of it before leaving

THE IBOM TROPICANA
One can mistakenly call this place heaven because
of the air that is blowing there. I don't want to deeply go into this
Earthly heaven. if you have not been there before, go and see the
miraculous activities that is going on there, the fresh air that is
blowing there, the nature of the buildings and so on.. Not only on the
aspect of entertainments. This place at the end of 2014, shall provide
employments for more than 250,000 Akwaibomites who are one way or the
other looking for job employments.
THE IBOM E-LIBRARY
No wonder the present governor of the state, Chief
Godswill Obot Akpabio con was awarded the best African humanitarian
governor of the season in 2012. please, dont border going to anywhere
in the West Africa to take a look at E-library because you will never
find it. It's only in Akwa Abasi Ibom state that you can find it. If
you think i'm joking, go and make the research. You will come back to
Uyo and have a peep of our E-library.
THE IBOM AIRPORT
Mehn, this airport is not only an airport but the
best international airport in Africa. As far as you are flying to
America, Uk, China India and so on with any aeroplane in Ibom airport,
it's a guarantee period of 3 hrs. Don't take this for granted. It is
only in this airport that you can fly directly with angels to Heaven
without any visa. This is the only permitted airport in the whole
world that people can fly to Heaven. If you think it's a joke, ask the
people that have flied from Ibom Airport before or you could try it
yourself.
Apart from these things being mentioned here, others are; The new
governor's lodge, 5 star hotel, the best Olympic stadium in West
Africa, underground drainage system, more than 100,000 new roads in
the state, 4 fly overs, 300 new hospitals across the state, free and
compulsory education and many others that i cant mention here. With
all these developments, you can adhere to the fact that Akwa Ibom
state is a PALACE WHERE KINGS AND QUEENS dwells.
Happy 26th Anniversary.
Courtesy; Akwa Ibom Unity project.
Posted by Unknown at 07:55 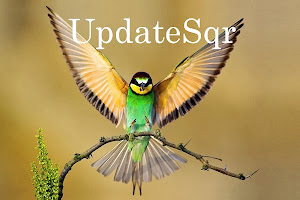